Born in British Guyana, Phil Solomon, steelpan builder, composer, and steel band arranger, began making musical toys from tin cans at the age of seven. He would gather cans of all sizes and hammer them until they made different sounds. Phil became more interested in music as a teenager after hearing his first steel band. When, at the age of sixteen he built his first one, he quickly knew that building and playing steelpans would be his lifelong commitment. By age seventeen, he was making steelpans, performing and arranging music for his first steelband, The Bell Boys. In 1966, he formed his second band The Atlantic Symphony Steel Orchestra and later, The Pegasus Soundwaves, who became Guyana’s premier steelband. In 1979, Solomon received national recognition when he won” Musician of the Year,” awarded by the National Arts Council of Guyana, for his composition ‘O Martyr to Cuffy We Sing’ a song dedicated to the national hero of Guyana. All in all, during his time in Guyana, Solomon built, managed and led several bands; The Bell Boys, Atlantic Symphony, Police Band, GDF, Amsternites, Winkliers and Soundwaves.

In 1984 Solomon migrated to the United States and settled in Pittsburgh Pennsylvania. Soon after he founded Solomon Steelpan Company, the first steelpan manufacturing company in the Unites States. SSC built steelpans for individuals, schools and community programs throughout the country. Phil Solomon and SSC have made significant contributions to the development of steelpan education programs throughout the U.S., with outstanding programs located in Pennsylvania, Florida, Illinois, Maryland, Michigan, Ohio, North Dakota and West Virginia.

Solomon’s most significant contribution to the steelpan is in the area of design and construction. His years of research and development have brought breakthroughs such as the GroovelessTM Method, The New Generation Series and a synchronized note placement system.

An accomplished and exceptional player Solomon also founded Steel Impressions, a professional performance group that has several recordings and has performed for thousands at various venues throughout The United States. The band has also made appearances on local and national television programs.

Solomon has also appeared on several television outlets performing or teaching about steelpan building and the tuning process. One of his most popular appearances was on the well known children’s show, Mister Rogers Neighborhood.

Phil Solomon has received many awards for his contribution to steelpan as well as music education. He was awarded a lifetime membership award in the Tri-M Music society, a music honor society of the National Association for Music Educators. On June 26th 2012, he received a proclamation by the Mayor of the City of Pittsburgh for his work and dedication in steelpan technology.

June 26th has been declared as Phil Solomon Day. 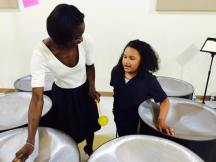 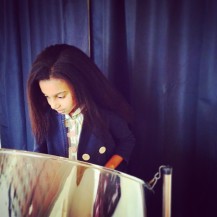 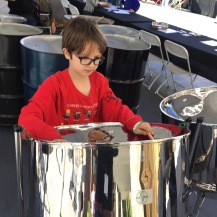 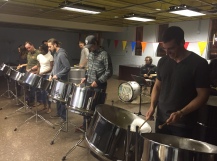 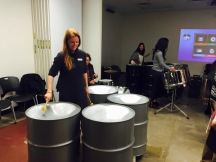 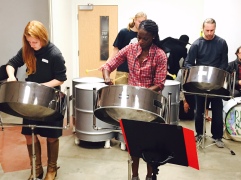 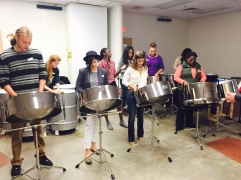 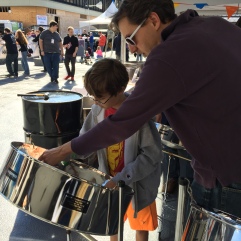 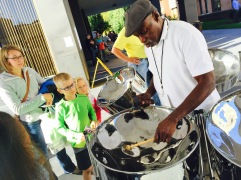 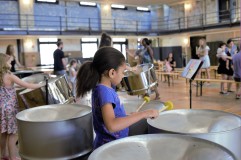 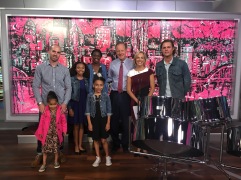 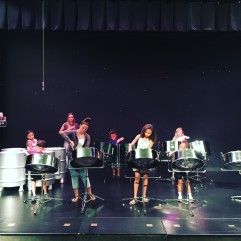 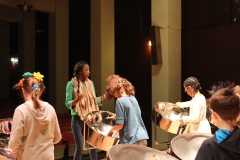 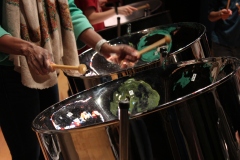 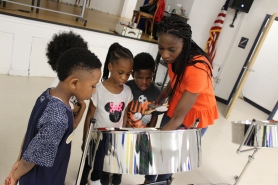 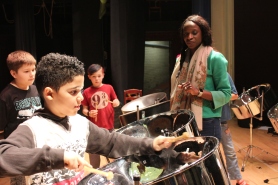 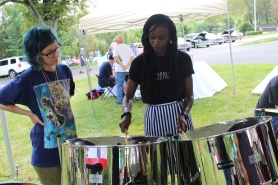 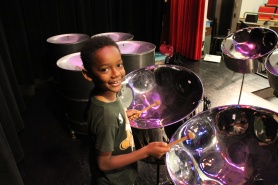 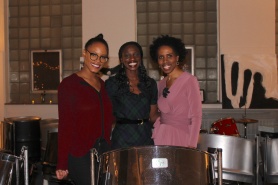 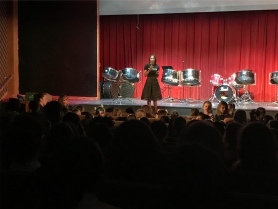 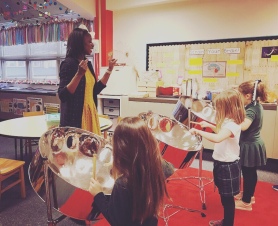